Most commuters say that they make sure not to make eye contact with other people while being inside the train. They tend to look up on the adverts, or look down and count the tiles on the floor, or simply bring something to read, just to avoid meeting eyes with other people. The question is why.

People are tired after work and looking at others engages other people to talk to you, and they just want to enjoy their own quiet time.

Many people in London say that the tube is used to commute, and not to talk to strangers. Majority have the same opinion that not making eye contact helps maintain their personal, private spaces. So now, we have a little bit of idea why people don’t make eye contact on trains.

After the London bombing, survey shows that more people look at other passengers on the train to ‘interpret’ if they will cause trouble or not.

Our eyes even tell more stories than our words. Eyes can show happiness, sadness, curiosity, love and lies. Even the greatest poet can craft his feelings of love in his eyes better than his art of words.

The eyes are the mirror of our emotions. There are times that we’re too angry to talk, as if we’re a volcano about to explode lava, but we cannot hide it, for our eyes show the real strength of our anger.

Immersing in a Totally Different Culture

I had this ultimate first hand experience of being in Japan, and not  being able to understand the language in all aspects resulted in many crazy adventures.

First off, you always seem to get lost and strive to avoid it because asking directions in Japan is not as easy as you think. I really tried my best not to get lost, but sometimes it just happens.

It’s true that being a tourist and getting lost around the city is a great way to explore new places, but not when you have an appointment or work to go to.

It appears that asking for directions has a formula:

Most of the time, the final and the only answer is “eye contact”. The person you asked basically looks at you with a smile.

At gatherings, I can see that some people are eager to tell me a story or ask me some questions, but since I and the other person cannot understand each other, we just try to point at things and communicate by eye contact.

Although if the story is really complicated or something that’s necessary for me to know (like a story about Totoro), then Google Translate comes in. In cases like these, Google Translate is our best friend.

Someone told me that my situation is like the Beatles song,

Not only that usual chit-chats become more interesting with eye contact, but it’s also funny like playing a guessing game.

It doesn’t matter if you guessed correctly or not, what matters is you’re enjoying being a part of a non-verbal communication. Imagine the simplicity and creativity of just pointing at things, making eye contact, then burst out laughing as the end result. Hence another formula,

There is this great power behind the unspoken thought, the eye contact. It’s simple, yet powerful.

What I’ve learned from my countless adventures in Japan is even though I don’t speak Japanese, it’s nice that we all understand each other in one language – the language of eye contact.

Use Softwares Right Now with the Newest User-Friendly Service: Amiage

Start using softwares that run on Amazon Web Services with Amiage, a brilliant service that you can enjoy and launch with just ONE CLICK!

Simply (1.) choose and click the applications you would like to (2.) run on AWS EC2 (Elastic Compute Cloud). That’s about it. You’ve completed all the steps.

Now, some people would like to make use of AWS, but when they see “AWS”, they become anxious because it seems that you have to be tech-savvy to use it. Well, there’s really nothing to worry about because you don’t have to do the set up. Providing the optimized AMI (Amazon Machine Images), you don’t have to build it from scratch.

With Amiage, you can get your web applications and even a server (development or production server) with just one click!

Use it only when you need it, so you save big bucks.

As a development server (a testing environment where you can “test” codes), you can try it per hour, and you may stop it when not in use and it will cost you nothing.

Packed with versatility, if you try it as a production server, you can start with the minimal arrangement and change it flexibly based on the number of access.

Amazon Web Services is the all-around service provider. Since EC2 servers are hosted in 8 regions all over the globe, you can choose the region which you want to provide the service to.

Government agencies and large organizations are making use of AWS, so if AWS passed according to their security standards, you know that AWS is better than what we give it credit for. So there is really nothing to worry about.

Save time and effort

In terms of back up, AWS has this feature called the “snapshot,” where it can back up the whole server environment. It’s now easy to back up and restore. All you need to do is copy the same environment and test it as much as you wish.

Amiage chose AWS because it is simple and secure. Try Amiage now!

Find Out Why & How Amazon is Successful

There are plenty of companies utilizing AWS. This is a photo of Dr. Vogels from @AWSSummits:

Mr. FitzGerald started his talk with airbnb as an example. “Airbnb is a company that grows with tremendous speed because of the AWS platform. Innovation is a critical part of their business,” he declared.

With the focus on culture, he said,

“culture is an important part of how new products come to life.”

He then quoted airbnb’s founder,

Mr. FitzGerald emphasized that this is not a recommendation for your business, but this is just to point out how AWS become successful.

A Rapid Pace of Innovation

he said with pride. “Work backwards from the customer,” he continued. This is the first value in Amazon’s Leadership Principles:

According to the speaker, an area where they focus on investment is Amazon’s Press Release to capture the users’ perspective. They are also guided by possible internal or external customer FAQs (thereby creating a user manual, with documentation, guides, and features). They also keep in mind the MVP, Minimum Viable Product.

Coined by Frank H. Robinson, the Minimum Viable Product is defined by Wikipedia as:

“a strategy used for fast and quantitative market testing of a product or product feature”.

Every product on service must be a loosely-coupled product.

“If you want something done right, create a single-threaded team.”

For instance, you have 2 teams, organize them for autonomy. Each team must have a specific function. “You want each one to have individual decision like a well-crafted Swiss watch, for example.”

An example of a loosely-coupled product from AWS is Amazon Zocalo.

Amazon Zocalo has a lot of replication. It also interacts with all API services. There is an accumulation of ongoing service in the AWS platform. This is a good example of product innovation. 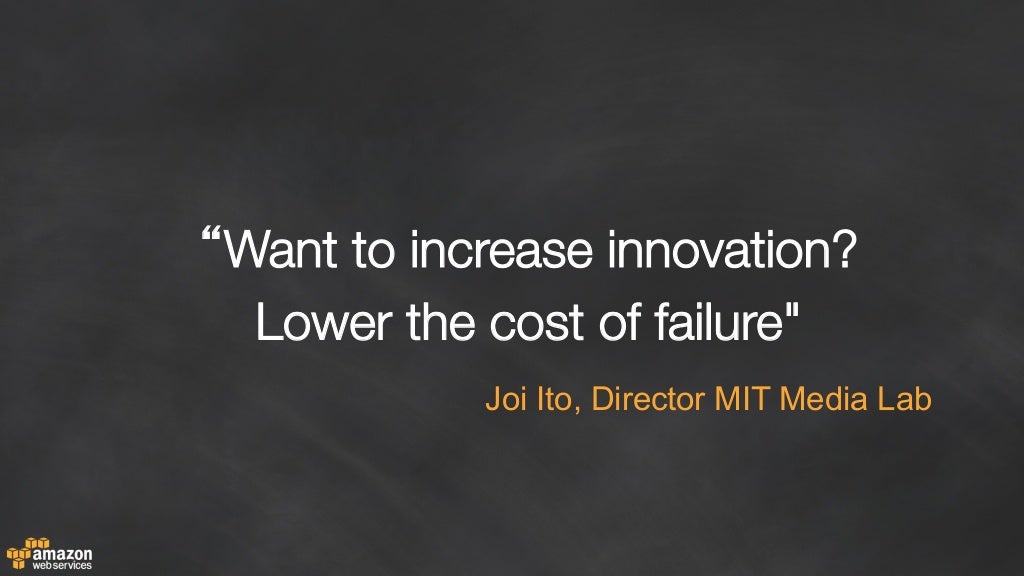 AWS is in charge of building the bricks of IT structure. It gives your the raw building blocks to solve your problem, so it allows anyone to have autonomy.

Because of the strong AWS platform, you can choose any raw building blocks you want and create your own product.

Iteration is defined as the process of repeating something, or doing it over and over again. Military strategist, Colonel John Boyd quoted on iteration,

This memorable line is now part of the AWS lifestyle. Mr. FitzGerald shared, “It is important to iterate quickly. Releasing the service quickly is more important than the quality, and frequent releases is an important part of AWS.” 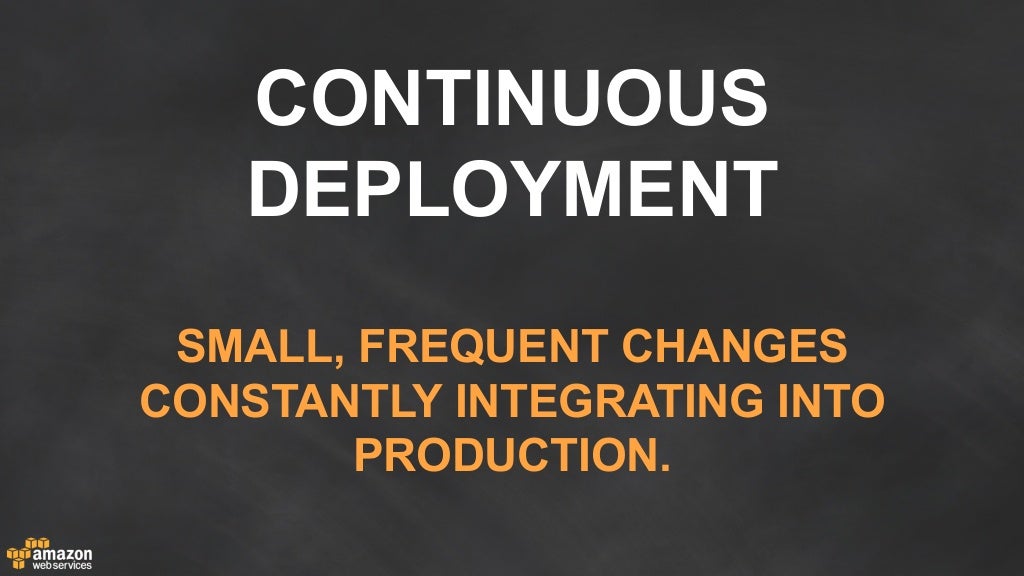 Continuous integration and deployment. Build the Minimum Viable Product (MVP) using agile development techniques. It needs to be repeatable or innovated. It is a critical part to drive innovation and make AWS deploy product quickly. 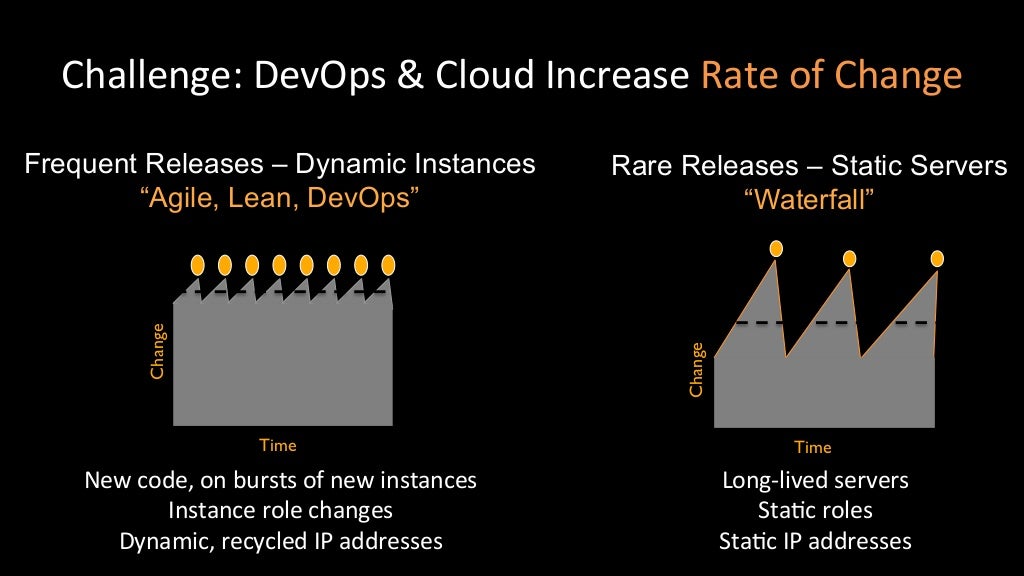 deploying more frequently lowers risk. The smaller the effort, the lower the risk.

Every 11.6 seconds, a new software is being deployed by Amazon.

Every Wednesday in Amazon, service leaders gather together for the ‘big meeting.’ “This is a very important part to supply innovation,” Mr. Fitzgerald stated. He also said that it is important to remove the friction from engineers, and that it is necessary to remove business friction.

The speaker also showed a document from the weekly meeting of big leaders. “We need to blur out the other details because there’s something coming up to AWS and we don’t want to spoil it for you,” he said jokingly.

That document shows a table with roadmap failure name, service, current date, status and notes. This data also implies how careful and well-organized Amazon can be.

Let’s now focus the spotlight on Priority Settings. These are goals that are important to define which services need to be released. Mr. Fitzgerald remarked, “this allows the leaders of every team to think if we are fast enough.”

Small companies with small team are very easy to be innovative. “You know the people well and you release very quickly,” he observed.

Fight the monolith. “As the company becomes bigger, it becomes like a big ball of wool. You give a lot of business energy to focus on your growing team to be innovative,” he added.

Fight the slow aggregation! Relating to autonomy and speed of iteration from the previous discussion, Mr. FitzGerald recalled,

“having the own power of decision-making and being a small team lets you maintain the velocity of your business.”

1. The culture defines whether you are an innovative business with innovative background and amazingly talented staff.

3. Architecture drives innovation. Products have to be automated and repeatable.

Speaker Adam FitzGerald is a mathematician and he said, all products are not equal to each other, and are related differently.

If you are to make an investment, look into your culture. Innovation is not a goal, it’s an ongoing process you have to bake in to your business. Be innovative all the time. Everyday.

And finally, a Jeff Bezos quote,

“We’ve had 3 BIG IDEAS at Amazon that we’re stuck for 18 years, and they’re the reason we’re successful: put the customer first, invent, and be patient.”